When was the last time we made a full list of the things we are thankful for? I don’t mean the “cover all my bases” kind of prayer, I mean a sincere, heart to heart, confession of gratitude for even the things that didn’t go our way? We pray that this meditation blesses your Walk as it has blessed ours. As always, please don’t keep it to yourself: if you find anything wholesome, commendable, as the Apostle Paul said, please pass it on. God Bless you. We call this:

I remember my first Thanksgiving. It was 1988 and it was our first year in the States. We went over to a family gathering at a relative’s house and ate massive amounts of food: turkey and mashed potatoes and stuffing but also very non-traditional Thanksgiving dishes: shrimp and lasagna and tiramisú. We ate to our heart’s content and then…had some more tiramisú! We never gave “thanksgiving” any thought; for us and so many other families like ours, I fear, just like any other holiday, the reason for the holiday was buried under gifts and plans and “x-mas” and “gobble-gobble” and trips and food and football games and everything else except the holiday.

For so long, thankfulness for the food at the dinner table was implicit, taken for granted and more often than not, never reached its final destination: we would say things like: “thanks, Mom, that was delicious!” or “Wow, Dad, the oranges from the grove are amazing this year!”; God wouldn’t even get an honorable mention. We never even gave it a second thought.

It wasn’t until many years later when we gave our hearts to Christ that we finally took the time to understand and appreciate the meaning of the word and the value of being thankful. We began praying at every meal, something that had never ever happened in our home before under any circumstances. Finally, thanksgiving and gratefulness became part of who and what we are because of what Jesus did for us on the Cross. It was never lengthy, just long enough to say what we were thankful for, give some specifics and thank Him for every little thing along the way. We made it a point to ensure that it wasn’t repetitious; we had walked away from empty prayers and meaningless repetition. So many times, my Dad would start to say Grace but it was in such a low voice and he would get so choked up that we would just smile and pick up along the way and finish off altogether with a family “Amen!”. I always felt that my dad’s few, simple and tear-filled words were his way of making up for all the meals he had gone without giving thanks: he was both giving thanks and asking forgiveness for missed opportunities to be thankful.

For a really long time I thought it was enough: being thankful for what you had, whether little or much, like the old hymnal says, knowing that God was in it. We made every attempt to express gratefulness from the most sincere place and with gladness of heart, thank God for His Majesty. Again, I looked to my father as my example. He’s an old and quiet soul with decades of wisdom and humility, as well as a simplicity of heart but a very astute mind. So many times, he would just take a deep breath, let out a deep sigh and say “Thank you, Jesus!”. Those three simple words encompassed so much meaning and complexity and yet expressed with the genuineness of a farmer. That was the type of prayer I wanted to offer up to God, a prayer that in action and words acknowledges God’s Sovereignty and fully accepts His will.

As the years went by and the more my faith grew, the more my eyes were opened to how many things there was to be thankful for: every breath I took, every moment of rest where I could close my eyes without fear, every loving family member, every caring friend, every moment of happiness, every day among the living and so on and so on. Being grateful brought its own satisfaction and filled my heart with gladness and laughter. Understanding that God is sovereign not only in the long-term Plan but also in the moment-by-moment brought me to a reverence and an awe of God. The phrases we would hear preachers and pastors alike say so often like “If God were to call you Home right now, would you be ready?” took on new meaning. What if He called me right now, would I be ready? I learned to thank Him for not only saving me but for keeping me: I realized that it was only by His Grace that I stayed the path. As in all human conditions and situations, churches are not immune from strife and contentiousness and all sorts of things that may disrupt a church over the years. I had seen so many affected by various strife and lose heart, lose touch and lose faith. I can honestly say that it is by His Grace alone that I have not forsaken the fellowship of the brethren or fallen back into my old ways or found new ways of messing up. And for all of that I gave thanks.

That’s when it hit me! I understood that God honored the sincere gratitude of my father’s prayers, that He honored the detailed gratitude of my prayers, but there was still more. My father and I were was still missing the other side of the coin: we gave thanks for the water and the food and the clothes and the strong family and the cool summers and mild winters and bountiful harvests and the fresh air and all the rest but something was still missing.

As Christians we’re almost programmed to think that good things come from God because He is Good and therefore bad things come from the Devil because he is bad. Therefore, we only thank God for good things. We don’t thank Him for the bad things when they happen or the bad or worse things that never happen. We’ll go around rebuking the bad and thanking God for the good as if God isn’t the Master of it all. I came to realize that the Earth is truly the Lord’s and the fullness thereof! With a new-found contentedness in my heart I started thanking God even more for the good things in my life, for the horrific things that never took place and for the bad things that could have certainly been worse.

With this new level of understanding, I started thanking God for “nothing”. I thanked Him for things never took place: accidents avoided by Grace, catching the “late” bus that kept you from being at the wrong place at the wrong time, ringing the “wrong” doorbell, not getting in a friend’s car. Thinking back I could only stand in awe of the fact that, against my better judgement, I’m still in one piece, breathing, without a criminal record, married to a beautiful women with three amazing children, with a great job and a solar disposition. It could’ve just as easily happened that all the things that didn’t take place played out and I could’ve been miserable, penniless, divorced, addicted, away from the Church, unfulfilled and/or dead. I recently came across someone I hadn’t seen in 17 years. As is customary with “blasts from the past”, you spend most of the time catching up on the people that were important to both of you at the time. After a major download of unbelievable twists and turns, this person shared with me this priceless jewel: “lucky for you, they didn’t want anything to do with you anymore!”.

Giving God thanks for “nothing”, I believe, is to truly understand the innumerable ways in which He provides for us. Whether it’s the things we don’t want to happen that turn out to be a life-changing blessings when they do or the things we do want to happen that, for our benefit, never pan out. This lesson was a very expensive one for me: It took a difficult time and a very dark place in my life for me to learn that the things we as humans believe are important and necessary in our lives don’t even begin to compare to the things God knows are important and necessary in our lives: passed up for the promotion? Be thankful. Lost a friend along the way? Be thankful. Suffered an illness? Be thankful.A loss of a loved one? Be thankful. Truly in ALL things, be thankful! He knows what you need and He is a better Planner than you are! He know where you’re headed, what you need to get there, who you’ll need by your side, and what “pre-existing conditions” you will have to have gone through to prepare you in mind, body and spirit, for when you get to where you’re going.

The idea of giving thanks for the wrong you’ve suffered, the bad breaks you endured and for the scars you’ve picked up along the was is as crazy, and yet as simple, as to believe in a God who loves us enough to send His Son to die in our place so as to restore a relationship with us! These “light afflictions” as the Apostle Paul described them, are not a necessary evil but a necessary good to prepare us, to bring us, often times kicking and screaming, closer to God with a deeper and more free-willed dependency on God and a more intuitive surrender to His will, understanding that truly ALL things work for good for those who fear the Lord and are called according to His Purpose.

We never want to leave off without giving you an opportunity to make Jesus the Lord of your life. Just say: “Dear Jesus, I repent of my sins; come into my heart; I make you my Lord and Savior”. Dear friend, if you said that simple prayer, we believe you got Born Again. Find yourself a good Bible-Based church, keep God first place and He’ll show things you haven’t even dreamed of. In Jesus’ name, Amen! 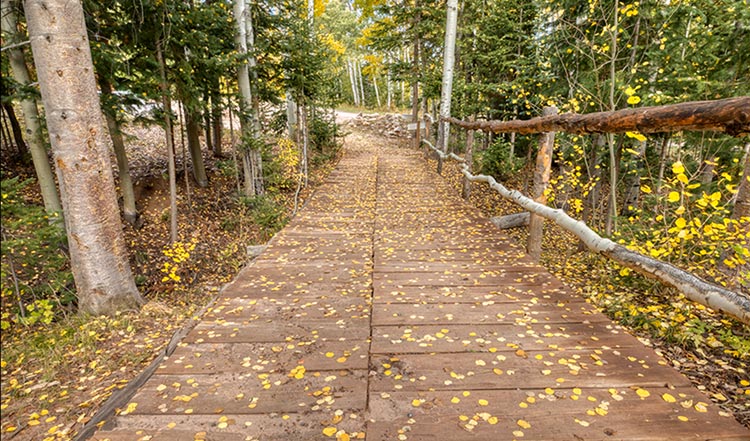