Everyone’s journey to God is unique and special; mine brought me through a series of shady valleys, deep wooded forest and dry deserted places. Beside the unfailing Grace of God, what was always there to point me back home was the opportunity to observe my sister in her own journey of faith. The following meditation is a retelling of some highlights in my walk in Christ and to Christ and how, by His unmerited favor, He provided faithful stewards of His Love to bring me back on the Path. As always, I pray that you will be blessed and share it with at least one other person. May God richly bless you. I call this:

The God of my sister

To be honest, I would have to say that I met Jesus several times. The first time I met Him, He changed my heart: I was arrogant and loud and self-confident; I was of no earthly good without any heavenly value. I was a Evolutionist, a Darwinist and, for the lack of a more accurate word, an agnostic. I believed the same way any secular person believed: tangentially and only on special occasions. Believing was a matter of tradition not a lifestyle. We paid lip service to a God that had no real place or space in our lives. However, one day, in the middle of what I would call the best time of my young life He showed up to Sunday dinner in the guise of my brother-in-law’s uncle and his family.

We were living in Italy at the time; it was the first in our series back and forth moves to and from the United States. My sister, her husband and my young nephew had gone to visit family in Milan and they, in turn, had invited them back to our house in Tuscany. My sister had spent a several days with them in Milan and had accepted an invitation to their church. Suffice to say that she came back a different person from her trip. She started talking about Jesus as if He was actually a person you could relate to on a daily basis. She told me stories people had shared with her during her trip along with a few of her own experiences during her ten-day stay. She told me of miraculous healings and of divine interventions into people’s personal circumstances and of inexplicable coincidences that could only be explained by intentional design. This went on for weeks. The person that returned home from this brief vacation was not the same person that had left from our home just a few weeks prior.

For as long as I could remember I always looked up to my sister. Ever since we moved to the States, she was always the one who took care of everything: bills, documents, school. She was the only one that spoke any English; she had taught herself basic conversational English in the few months before we left for New York using a neighbor’s college textbook. Smart as a whip, astute as snake, she always knew what the right answer was. It was exactly this part of what I knew about her that troubled me the most: the answer she had didn’t sound like the right one any longer: this could only be a grievous  misunderstanding on her part, a single flaw in what could otherwise only be described as a flawless record on her part. So, the day my brother-in-law’s relatives came to visit us, I was ready. Textbooks and quotations at hand from scholars and scientists from all walks of life, I would prove to this man and his family how terribly misguided they were and I would, in my own special, magnanimous and selfless way, walk them back to the truth of science and reason.

When they arrived we all introduced each other and we had lots of wonderful conversations about personal history and origin and as much small talk as we could muster until eventually, we slowly but surely made our way to the most important topic on their hearts. They were very pleasant, cordial and reasonable. The husband shared his testimony and spoke of Jesus, I countered with evolution; he spoke of his testimony, I countered with the Big Bang. The conversation went on for hours and I have to say that not once did he show any sign of frustration on his part; he was at least twenty years my elder and still spoke to me with eloquence and gallantry. My mom came into the living room, signaled to my sister, and we all went into the dining room to eat dinner.

That’s when it happened. Of all the years I had spent at my father’s table we had never once said Grace, ever! This man, Dino, turns to my father and asks if he could pray for the meal. My father, from his part, had no objection: we had never prayed but we were still “catholic” so we wouldn’t dare say no. He starts praying. He makes this long list of things he’s thankful for, talking to God as if He could actually hear him. He thanks God for the food and the warm reception and the engaging conversation and for the safe trip and prays for our family and our salvation. At this point, something came over me; it was like guilt and release at the same time. I started to weep and wail uncontrollably. I cried like I had never cried before. I can still remember saying “I’m sorry, I’m sorry”. I couldn’t understand what was happening to me. As his prayer came to a close and everyone saw me balling my eyes out in my seat, him and his wife came and hugged me and told me “it’s okay, you’ll be okay. Jesus loves you”.

That was the day I met Jesus for the first time. That was the first day in my whole entire life that I wasn’t alone. There was now this “presence” in my mind that I couldn’t explain; my thoughts were no longer on their own in my brain, there was something else, someone else there: I didn’t know what it was but I knew I was safe. I was just a boy and that was a long time ago. But that day something else happened: I realized my sister’s record was still intact. Whatever she had experienced, whatever she had seen and heard actually did happen. She was right about this Jesus, someone that now that I had encountered Him for the very first time I knew she had found the path, the True Path, and our lives and the lives of our families would never be the same.

Of course, we all know that whenever the Lord sends someone to seed and water and nurture, the enemy of our souls sends someone or something to steal, kill or destroy; and believe me, things did come and in a hurry. As believers, however, we are reminded that “All things work together for good for those who love the Lord and are called according to His purpose”.

Please stay with us over the next few days as we continue to testify of the Goodness of God the Father through His Son Jesus and how, on a lonely, dark night he kept a young man from the pit of despair. 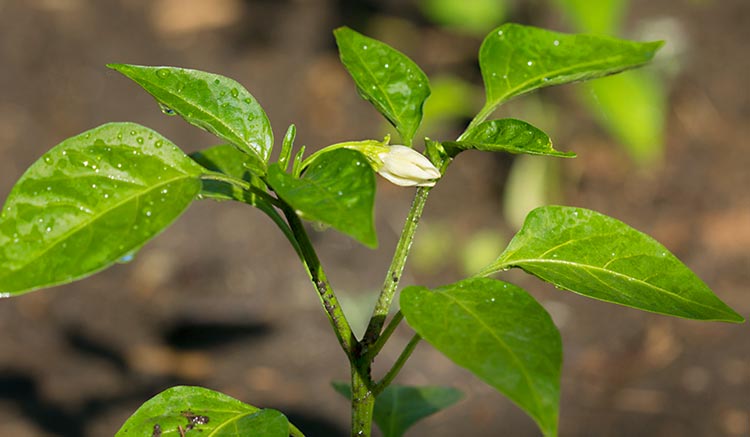