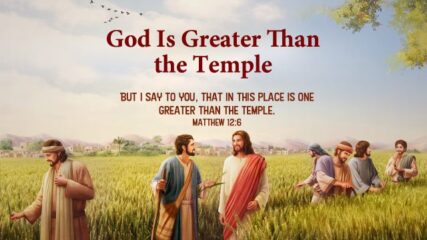 Greatest of all times!

How many times have we heard someone claim to be the “Greatest of all Time”: from Mohammad Ali to Will Smith and to countless others; both famous and infamous. It’s such a common occurrence that we even have an abbreviation for it: G.OA.T.! People have shirts printed, specialty stationery and various other things here and there to point to their greatness. As Christians, we shy away from such claims, or at least from actually believing them. We know that if any one individual could claim to be a G.O.A.T. it would be Jesus. In fact, Jesus made several such claims. He claimed that He was “greater than the Temple”, “greater than Jonah” and “greater than Solomon”. In this upcoming 3-part series, we will look into what those claims mean and how Jesus is, in fact, greater than all three.

Greater than the Temple

It is difficult to overstate the significance, gravitas and importance of the Temple of Solomon in the lives of Jesus’ contemporaries. To the Jews of those days, the Temple was the center of the Universe, not just metaphorically but literally: it was the place where God’s presence met and communed with men on Earth. The Temple was God’s House on Earth, making Jerusalem the most important city in the world past, present and future.

The Temple was truly a sight to behold: it literally shined in the desert sun! When the Romans destroyed it in A.D. 70 they left “not stone on top of another” (Mark 13:2); this was because there was a king’s ransom and more in molten gold that had seeped in between the cracks from the arson fire set by the Roman Legions: imagine how much gold there was?! There was so much gold the Romans minted commemorative coins from the booty they removed from the Temple of Solomon to immortalize their abject repression of the Jewish Revolt. All in, the temple has been calculated to have been worth well over a half billion dollars!

So how could Jesus, knowingly, make such a claim: to be “greater than the Temple”? Let’s take a closer look at the context in which the statement is made:

1 At that time Jesus went through the grain fields on the Sabbath. His disciples were hungry and began to pick the heads of grain and eat them. 2 When the Pharisees saw this, they said to Him, “Look, Your disciples are doing what is unlawful on the Sabbath.”

5 Or haven’t you read in the Law that on the Sabbath the priests in the temple break the Sabbath and yet are innocent? 6 But I tell you that something greater than the temple is here.

7 If only you had known the meaning of ‘I desire mercy, not sacrifice,’a you would not have condemned the innocent. 8 For the Son of Man is Lord of the Sabbath.”

Send in the clowns

The Pharisees come and attack Jesus on what would amount to be a technicality: picking heads of wheat to eat; since it happened to be the Sabbath, the Pharisees were hoping to ensnare Him somehow. Jesus’ reply, as it always did, came straight from the Law and the Prophets. Not only did He compared His disciples to David’s Men of Valor and likened His disciples to the priests on Sabbath duty in Solomon’s Temple: they work on the Sabbath but are regarded as innocent in regards to the third commandment.

Jesus says to them that the Law requires “mercy, not sacrifice” (Hosea 6:6). This is a recurring theme that he brings to the calloused Pharisees that think highly of themselves because they keep even more than the Law requires. Jesus reminds them that they lack mercy. They would rather someone starve and keep the Law rather than break it and live. In this, He accused them of constantly condemning the innocent.

Jesus is making the positive claim about His disciples. They are innocent on two counts: the lesser point is that the hungry must eat, regardless of whether it is the Sabbath or not, similar to the Parable of the 100 sheep (Matthew 12:11). The second and more important point is that the disciples are serving “something greater than the Temple”.

What could be greater the the House of God? Where is there a better place to meet and worship God if not the Temple He Himself commissioned? Where could one go, on Earth, that would bring you closer to God than the Temple of Solomon? All of these questions can only be answered in the person of Jesus Christ: What’s greater than the House? The Owner! What’s the best way to communicate with God? In the flesh! Where could one go to be closer to God than the Temple? Wherever Jesus is!

Lord of the Sabbath

But what would give Jesus the authority to claim that His disciples were innocent? Surely, the Law itself exonerated them  because it was not considered unlawful to do good on the Sabbath, something the Pharisees knew all too well. However, Jesus goes one step further and says “For the Son of Man is Lord of the Sabbath.” What does that even mean?  Essentially Jesus was claiming and proclaiming that He was greater than the Laws of the Mosaic Covenant. As God in the flesh, He is the Author of the Laws. The Pharisees had made themselves “lords of the Sabbath”: they had instituted a intricate system rules and regulations and bylaws that made keeping the Sabbath practically impossible.

In all, there were 39 categories of forbidden and unlawful activities. Many of them can still be found in existence today. For example, the “Sabbath Elevator”. If you live in New York, you either have one, know someone who does or have experienced it as some point. Among some Jewish communities, pressing the button on the elevator on the Sabbath is considered work! Once Jesus proclaims that He is Lord of the Sabbath, He strips the Pharisees of the authority they had usurped away from God.

Jesus is greater than the Temple and therefore Lord of the Sabbath. The same God who commissioned the Temple instituted the Sabbath. God instituted the Sabbath for man, not man for the Sabbath. This is a lesson Jesus repeats often. However, the legalistic Pharisees refuse for fear of their power diminishing over and among the people. But the message of Jesus is that He is the Temple! He challenges the Pharisees and the Scribes to “tear this Temple down”, speaking of His own body. He would raise it up again. However, their spiritually blinded minds could not understand of what He was speaking.

Jesus is truly greater than the Temple. His body became the new Covenant between man and God and we commune with God in the body of Christ: His blood shed for us and His body broken for us give us access to God the Father through Jesus the Son. When Jesus died on the Cross and the Veil in the Temple was torn in two from top to bottom; the Holy of Holies was open to the priests in the inner court and, to their surprise….no one died! How can that be? Only the High Priest ever accessed the Holy of Holies, and only once a year! To anyone alive at the time, to anyone with eyes to see and ears to hears, to anyone educated and instructed in the Law would have seen, that very day, that Jesus is Greater than the Temple.